From pretty much the beginning of my life in gaming, Pokemon has been a major force in my RPG consumption. I will never forget the first time I played a friend’s version of Pokemon Gold at a Terrell Tiger football game with the stadium lights to illuminate the screen of his GameBoy Pocket and how engaged I was from the very start of that experience. And though Gold was my introduction to the series, I later sought out the originals and went on to play just about every main series Pokemon game since. The only lapses in my Pokemon consumption are the recently released Ultra Sun and Ultra Moon (though I will get around to them eventually) and Black and White 2, the direct sequels to the Gen V standouts. I’m currently working on playing through each game as they were released, so it’s going to be a little while before I get there. Even so, I see a lot of lists stratifying which Pokemon games reign supreme and, more often than not, I find that I disagree with them. So today, I will be ranking each of the seven Pokemon generations and discussing why I’ve put them where I do. For the sake of being concise, I’m going to be combining the remakes with their original counterparts as, for the most part, they don’t significantly change the core game and merely revamp the experience with updated graphics and mechanics. With that being said, let’s get into which Pokemon games reign supreme in one of my Top Five favorite gaming series of all time.

Like many Pokemon fans, my mind was blown by the mainline series’ introduction to the 3D environment. While Pokemon Colosseum was fun (and XD less so), X and Y were the first true blue Game Freak-developed Pokemon RPGs in a 3D environment, and they was gorgeous. Unfortunately outside of the polished sheen of the graphical capabilities of the 3DS, Pokemon X and Y were quite shallow adventures that don’t live up to the Pokemon name. The new Pokemon were relatively few in number and low in quality, the starters (though an improvement over Black and White’s batch) didn’t captivate me like the trios of old, the game lacked a significant rival character, the gyms were more hollow than ever, and Team Flare were an abysmal crew that bumble around idiotically more than threaten the player. X and Y are not bad games, but it’s clear that Game Freak focused heavily on the game’s artistic appeal and coasted through the rest of the game’s development. After the excellent Black and White games, which featured a psychological story that was a significant departure from previous entries, X and Y was a step backward and still feel like the black sheep of the franchise. Though I’ve started the game a few times since my first completion, it’s never held my attention long enough for me to get to the credits for a second time

Like X and Y, Pokemon Diamond, Pearl and Platinum were landmark releases as they were the first entries the legendary Nintendo DS. While the entries were a big step up from the previous Ruby, Sapphire and Emerald in many significant ways, they also suffered from a cripplingly slow pace that negatively affected everything from battle momentum to player movement. The running shoes helped, but as a whole, Diamond, Pearl and Platinum end up feeling like a bit of a slog simply because they are the slowest-paced games in the series. In addition, the games suffer from many of the same problems that hold X and Y back, especially in the case of the enemy Team Plasma, who, like Flare, consists entirely of bumbling fools that pose no threat to the player at any point. Diamond and Pearl also have a ridiculous number of legendary Pokemon, many of which are among the most forgettable in the series. It may seem like a strange criticism, but going from awesome beasts like Ho-Oh or MewTwo to Heatran and the lake trio is a gigantic step down. Despite its many flaws, though, there is something charming about the wintry Sinnoh region, and the nice roster of new Pokemon that make Diamond, Pearl and Platinum sentimental favorites for a lot of younger Pokemon players who count them as their introduction to the franchise, and this charm that prevents me from putting Diamond, Pearl and Platinum at the bottom of my list. 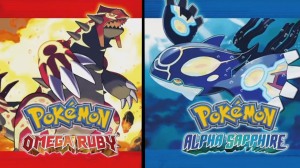 While most of the remakes are relatively minor updates to their core entries, Game Freak really designed the Gen III games, Ruby, Sapphire and Emerald, from the ground up significantly improving the originals to the point that I don’t even list them as essential entries anymore. In fact, were I to include the original Gen III games, they would certainly appear at the bottom of this list and would struggle to beat even Pokemon Colosseum from the Gamecube. While the original games subtracted features from Pokemon Gold, Silver and Crystal, OmegaRuby and AlphaSapphire came roaring back with the beautiful graphical quality of X and Y in a much more satisfying adventure. With the day and night cycle back in the game, the physical/special split a distant blip in the past, great end-game content featuring new characters and story lines, and, best of all, a new soaring mechanic that allows players to fly around the Hoenn region in real time rather than by HM, OmegaRuby and AlphaSapphire are all-around great entries in the franchise held back only by their elementary difficulty.

A sentimental favorite for those of us that started at the beginning, the original Pokemon entries lack the depth of many of their successors, but they do contain an open-ended charm and a condensed focus on the original 151 Pokemon (which easily remain the best group in the series). The Kanto region may not have the character of the Hoenn or Sinnoh region, but it does open up in a way that no other Pokemon game does by allowing players to obtain the different badges out of order after the initial two. In addition, Blue, the player character’s main rival, is arguably the best in the series and always seems to be one step ahead of you no matter how many times you clip the wings of his Pidgeot. Team Rocket is also noteworthy for being the most serious criminal organization in the series, a stark contrast for the bumbling idiocy popularized by the anime and pretty much every entry in the Pokemon series since. Admittedly, newer players may not find the same charm in the rather unpolished first entries in the series, but for me they still surpass many of their successors.

Up until the release of Sun and Moon, Black and White saw the narrative peak of the Pokemon franchise. Featuring a plot based on psychology and morality rather than love and camaraderie, Black and White broached subject matter that no Pokemon game before or since has dared to explore. Most of the characters with which the player interacts are much more fleshed-out and well-realized than in previous titles. This is particularly true with the region’s eight gym leaders who, when removed from the obstructing eye of nostalgia, are objectively the best group in the series. The story takes some pretty surprising twists and turns by the end, and features a level of difficulty that no other main series game can match. Most interesting of all, the games took a huge gamble by removing all of the Pokemon from the original four generations, requiring players to essentially start fresh with a whole new batch of monsters to tame and collect. And while some of the Pokemon designs from this region are pretty unconventional, it’s a pretty strong bunch overall with some of my favorite creatures in the franchise. Black and White were never meant to be the most popular entries among the mainstream crowd, but to fans who have stuck with the franchise from the beginning, they were a breath of fresh air that reinvigorated the franchise after two generations of weaker titles.

Often cited as the pinnacle of the Pokemon series, the Gen II games were the first to introduce the day and night mechanic, Pokemon genders, breeding, a new region, two new Pokemon types, and 100 new Pokemon to collect and train. The Japanese-based Johto region was a lot of fun to explore, the legendaries were by far the best in the history of the series, the starter Pokemon arguably surpassed the originals, and engaging features like the PokeGear and time-based captures took the series to new heights. But Gen II’s greatest accomplishment was its post-game which allowed players to return to Gen I’s Kanto region after becoming the league champion three years after the close of the original story and explore, collect the original eight badges, and see how things had changed since Red and Blue. Many consider HeartGold and SoulSilver to be the superior versions, particularly thanks to its fix of the physical/special split, improved graphics, and the ability to have one of your Pokemon journey with you in sprite form outside of their ball throughout the game, making players feel closer to their prized teammates. But no matter which version you think reigns supreme, the Johto-based Gen II games were the pinnacle of the Pokemon franchise for almost two decades.

I’ll admit, I was a bit concerned about the direction the Pokemon series was headed after X and Y, but then Pokemon Sun and Moon blew through like a Monsoon bringing with them a Hawaiian-themed force of change, improving upon just about every facet of the series, introducing the best round of Pokemon since the original 151, and even altering the Pokemon formula in new and exciting ways. Unlike previous entires, Pokemon Sun and Moon find the player character exploring four unique islands each with their own culture and Pokemon in the pursuit of their Island Challenge, a unique concept to the Alola region that requires players to accomplish different Island Trials rather than collect eight gym badges. While past Pokemon games tasked players with rising to the level of the Pokemon League, in Alola there isn’t one; instead players are tasked with creating it and earning the right to be named the region’s inaugural champion and then defending that title against a variety of challengers in the post-game if they wish. The game’s story was also fleshed-out  and filled with twists and turns in a manner similar to Black and White but with more fleshed out characters and entertaining environments, all with the most impressive visuals the series has ever seen. With Sun and Moon, every bit of the isometric movement holdovers from the conception of the series were stripped away, which created an ultimately freeing environment and a more open-ended island structure that had me exploring in a way that was unprecedented in the Pokemon series. And it can not be understated how much of an impression Lillie, the greatest character in Pokemon history, left on me as I played through the game. While the series is no stranger to great characters, I was still thinking about the journey I had embarked upon with Lillie, and the direction the story takes her by the time the credits roll, long after I had turned off the game. With many of my favorite Pokemon of all time (and awesome Alolan variants of some of my favorites from the original games), several fantastic characters, and a beautiful world to explore, there is no doubt that Pokemon Sun and Moon are the pinnacle of the franchise and a high bar to beat for the series’ inevitable jump the Nintendo Switch in the years ahead.