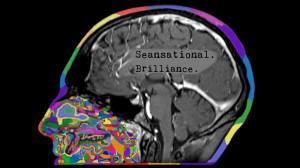 It’s been a lengthy road, but with three new tracks it seems like Seansational has finally arrived.

Sean Bates, the 22-year-old behind Seansational, had been recording self-produced, self-performed music for years under the name In Orbit, but it was when he was drumming with his band Skies and Fire that he contracted an ailment that has been the bane of many musicians’ and athletes’ existences: Tennis Elbow. Suddenly, Bates was dealing with pain when lifting bags of trash or sleeping on his side, much less recording songs with live instruments. As such, he began to experiment with less physical forms of music, and developed an affinity for Rapping not long afterward. It began as a fun little project with goofy songs like “Meet Sensational” (featuring a music video that briefly stars a sleepy-eyed version of yours truly), but began to transform into a more serious project that eventually became his aptly titled intro mixtape Entry Level.

After recording Entry Level (and having it removed by YouTube due to his usage of beats from commercial rap songs like Kanye West’s “Flashing Lights,” in some of the tracks), Bates returned to his In Orbit persona and began experimenting with electronic music that eventually culminated into his 5-track EP Ethereal Drift. Drift featured music that Bates had recorded entirely through Apple’s Garage Band, and he developed an affinity for creating these electronica-laced beats to use for an eventual Rap EP. The result is Brilliance, a three-track EP laced with chilled out electronica and Bates’ best production work to date.

The bass-heavy title track plays like an artist returning to true form after experiencing writer’s block whether mental or physical and the subject matter rings true as Bates’ flow interweaves impeccably with the track’s deep, pulsing cadence. Elsewhere, “Cool” recalls Kanye’s 808s and Heartbreak with its hypnotic catchiness as Bates vows to redefine the term. But it’s the darker vibes on display in “Kickback” that hit the closest to home as Bates deals with disappointing betrayals and abandonment before vowing to share the “good news” with those that stood by him as he “paid dues” before “bringing back the wildfire.” It’s the least flashy track on the EP, but it’s also the most honest to the heart of an artist that is eager to show the world what he can do, even if it is just one person at a time.