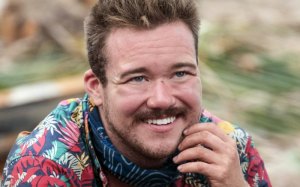 I absolutely love Survivor. As is the case with many of the show’s millions of weekly viewers, I have watched just about every episode from each of the show’s 34 seasons going back to the turn of the century. The show has built up quite the resume of startling developments, shocking backstabs, and big, game-changing moves over the course of that 17-year history. But nothing over the course of that time has come anywhere close to reaching the social significance of last night’s episode which found two-time contestant Zeke Smith outed as transgender right in the middle of Tribal Council. Obviously, it was a shocking moment for Zeke, his tribemates, and host Jeff Probst who was uncharacteristically stunned silence momentarily before joining the conversation surrounding the development. Jeff Varner, the man who outed Zeke, was universally removed from the show by his tribemates (Probst didn’t even put it to a vote), but that hasn’t stopped a considerable wave of backlash toward not only Varner, but Survivor and CBS as well.

The problem is, just about everyone who is angry at CBS and Survivor are left-minded publications, individuals, and commentators who didn’t even watch the show in its context. It isn’t surprising. In today’s world of hyper-quick news-gathering, we often tend to base our opinions on headlines rather than stories. Anyone who has scrolled through their Facebook or Twitter feed has read a boatload of inflammatory headlines designed to get people talking and debating, without reading the meat of the real story below. I’m certainly guilty of it. And when we do this, we run the risk of misplacing blame and missing what should be the whole point of the story.

For me, last night’s outing of Zeke Smith (which, let’s remember, actually happened months ago) wasn’t about Varner’s action. What Varner did by outing Zeke involuntarily was absolutely detestable and wrong on many levels, but anyone with a shred of decency or empathy can come to that conclusion. No, the story of last night’s Survivor is the reaction to Varner’s action. Instantly, as Zeke paused to ponder the life-changing moment that had just been forced upon him, his tribemates, with tears streaming down their faces, rose to his defense. “That’s personal, you didn’t have to do that,” the typically reserved Andrea Boehlke sobbed. “That is so wrong for you to bring that up,” the characteristically cheerful Tai Trang said, as he physically turned and scolded his newfound antagonist. “Nobody has the right to out anybody.” But the most notable reaction was that of police officer turned Survivor contestant Sarah Lacina.

Sarah grew up in the Midwest and thus a conservative background. Lacking diversity in her young life, she was never exposed to people like Zeke, who had gone through a great and difficult metamorphosis in his life. To her, as is the case for many who are unacquainted with those within the transgender community, these strange people were just oddities in a small touchscreen box on whom we could forge our own opinions without getting the full picture. If she had known Zeke as transgender when she met him, she might have viewed him completely differently. Her mind likely would’ve been filled with scores of invasive questions, questions that Zeke would be unable to fully answer, leaving a sort of wall between them that would never fully be broken down. But that isn’t what happened. She met Zeke the Survivor contestant. She met Zeke the man. She met Zeke the person.

“I’m just thankful that I got to know Zeke for who Zeke is,” she said unsuccessful in her attempt to fight back tears. “And the fact that I can love this guy so much and it doesn’t change anything for me makes me realize that I have grown as a person. I’m sorry it came up that way, but I’m glad it did.”

It’s difficult for those of us who don’t know transgender people to form our own uneducated opinions about them. It’s easy for conservative politicians to paint people like Zeke as sexual perverts who just want to grope people in bathrooms simply because there are so many people who are ignorant of what it actually means to be trans. And the only way those walls can be broken down is if we are exposed to the real people, not cut-out caricatures, and understand that transgender people are most importantly people. People that have experienced more hardship than many of us will ever have to face. But thanks to people like Zeke Smith, who has already written an excellent piece for The Hollywood Reporter about his experience of being outed, and for CBS and veteran host Jeff Probst, who gave him the platform to reach out to other downtrodden trans individuals watching around the country, we no longer need to personally know a transgender person to empathize and begin to understand. We can learn about them by watching our favorite show.

Varner’s outing of Zeke Smith was wrong and morally despicable (which he has admitted with his own carefully thought out words on his Twitter feed since the episode aired), but Zeke and CBS have done an amazing job of turning what could have been his worst moment, into a moment of strength that can be used to break down barriers and destroy stereotypes around the country and even the world. So when discussing what is the most socially significant episode in Survivor‘s 17-year history, don’t miss the real story like many in the mainstream media have. Instead, celebrate that even in our darkest moments, we can find the words to inspire and, in Zeke’s own words, “lead to a greater good.”

3 thoughts on “The backlash against CBS for last night’s Survivor is unfounded. Here’s why.”