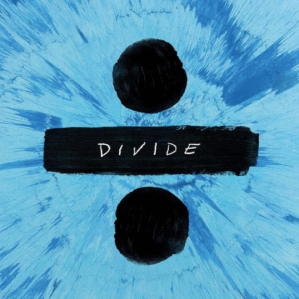 Ed Sheeran has changed a bit since I last heard him. I remember the heart-stricken young man that ripped “The A Team” right out of his heartstrings and excited young college students across the country. I remember the Ed Sheeran that seemed right at home strumming alongside his hero Elton John at the Grammys a few years back. And while the new Ed Sheeran still retains that rebellious heart (and drunken one, apparently), this is a man that is very aware of what the successful Pop trends of 2017 are and is very ready to cash in. And at this point, he’s pulling it off effortlessly.

Continuing his ridiculous trend of using mathematical symbols to note which album he’s on (which is even worse than Adele’s age-dropping; I guess we’re do for – next), Divide was apparently so named due to what Sheeran considers cross-genre musical numbers that purposefully flow against each other. I must’ve listened to the wrong album. I suppose there are some minor differences to the Irish-tinged “Galway Girl” and the Hip-Hop opening of “Eraser” (yes, Hip-Hop. Think a Backstreet Boys collab with a PG Eminem), but after 12 songs of interchangeable ballads, drinking, Pop cliches, and more drinking, it all starts to run together. Extra points for his take on melodramatic balladry (his greatest skill by far), particularly when Eric Clapton and John Mayer drop by to lend some smooth guitar work on “Dive” and “How Would You Feel” respectively. He also has some good takedowns of an ex-lover’s new fling on “New Man,” calling him out on his tribal tattoos and the nonsensical shouts he utters when listening to Rap (“Chune, bwoydem light up the room”). I laughed. It’s clear why Sheeran mostly sticks to syrupy love ballads and Top 40 mainstream Pop, though, when he takes an extremely light stance on social politics with “What Do I Know.” “We can change the world with a piano” he croons, while gently strumming his guitar with ironically no pianic accompaniment. I think it’s going to take a bit more than that.